Debbie reviews a lot of books so be sure and check out the other books she's read.

Debbie's Dusty Deliberations : "Reasonable Service (Street Justice Book 3)" by Sa...: Book Description Publication Date:   May 3, 2013 Michael Steele has tried to be an adult since he was seven. Losing his ...
Posted by Samantha Fury at 8:29 PM No comments:

The Land of Flames 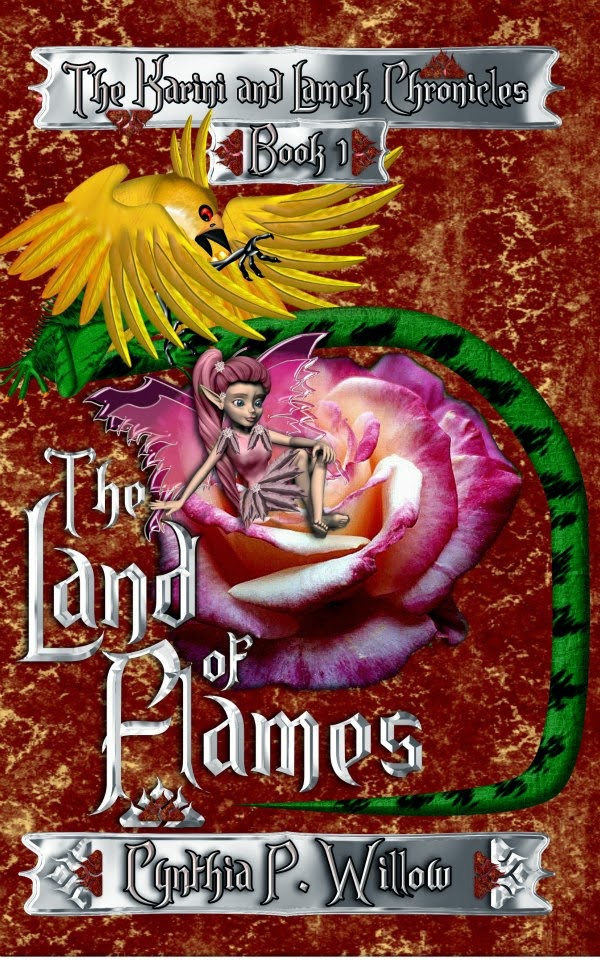 Enter a world of fairies, dragons, dwarves, and elves in The Land of Flames, a magical world where possibilities are endless and truth makes a difference.
Ocamar, the villainous dragon king, and his dragon clan, have overtaken The Land of Serenity and everyone in the land is in jeopardy. The only hope seems to be with Rumbleflin, the oldest and wisest of the elves, who plans to lead an army rebellion.
To add to the conflict, Ocamar and Rumbleflin have been harboring secrets from one another for years, and what happens when those secrets are revealed will have a major impact on everyone.
Can an army of fairy-tale creatures defeat a clan of dragons and restore their Land of Serenity?
Check out one of the Great reviews for this novel
"This was our second fantasy by Cynthia P Willow. I listened to the audio version in the car with my boys. The characters were very memorable, and my children laughed just about every time we had it on. They also have gotten into imaginative play based on the characters of the story. They are already begging for the sequel.As a mom, I loved how excited my kids were about this story. Way to go, Cynthia P. Willow. Thanks for giving my kids something to spark their imaginations!"
The Land of Flames (The Karini and Lamek Chronicles Book 1) - Kindle edition by Cynthia P. Willow, Carol Fountain. Children Kindle eBooks @ Amazon.com.
Don't forget readers can purchase the audio version from Audible for only $1.99 once they've downloaded the free version.
Posted by Samantha Fury at 2:19 PM 1 comment: