A time for a change
I always wondered from the day I set my first book to 99 cents, should I ever change it to 2.99 to see what would happen.  I have my novels on Amazon and Smashwords so  I assumed all I would need to do, would be go to Amazon and Smashwords and change my prices.  As I've said in the last post, boy was I wrong.

Amazon Price Matching
Amazon was easy to change, I just switched it to 2.99 and went on my way, but what I quickly learned was that they price match. Street Justice Charlie's Angel was still coming up as 99 cents.  I had no idea why because I'd changed my prices on Smashwords and Amazon.  Well Smashwords had not contacted all of their retailers and it seemed like they were taking a long time to do so.  I decided after a few weeks to start contacting them myself.

Red Tape
I emailed Smashwords about four times over about a two month period.  I even contacted several of their retailers, some of them changed the price for me and others said no.  They told me that although that was my book on their shelf, they couldn't change it until they'd heard from Smashwords. I don't recall who told me what, but it was not a happy experience.

Finally 2.99
I know it took them some time, but finally one of my emails to the fine folks at Smashwords hit it's mark and my book magically appeared on line at all Smashword retailers and it then appeared on Amazon for 2.99.  I'm not saying that the folks at Smash did anything wrong, it's just a tedious process and I'm sure they have lots of people wanting their prices changed. I'm just saying be careful when you set a price anywhere. Think long and hard about what you want your book to be sold for, because if you change your mind it may take you a while to get the price to change.

The new price
After all of my hard work at getting Street Justice Charlie's Angel up to the price of 2.99 I'm more than likely going to lower it back down to .99 cents.  It is my first novel, and I really consider it a giveaway to get noticed, and to be found among all of the authors that are out there.

A lesson on E-Book Sales

As long as I can remember I've told myself stories.  When I turned eight,  I started writing on paper along with telling myself stories. As I got older I kept writing, and writing.  I have hundreds of novels hidden and written in various stages, on anything and everything from Floppies to tons of notebooks.

I always love reading my own stories, but never really thought others would.  I entered the Nano Contest see here in 2010, I won and they offered me one free book. I thought, why not get it and see what it looks like.  I worked for 6 months making my own cover, got the proof and fell in love with the idea of Self Publishing.

Sales 101
I'm writing this to help those that are just getting started, those that are seeing sales so low they are thinking about giving up.  I'm selling anywhere from 17 to 80 books a month now.  That was not how it started.

When i first released Street Justice Charlie's Angel on Amazon, I thought this is going to be good.  Locally I was selling fair at 10 dollars a book.  I thought I can sale a lot of novels at 2.99  Boy was I wrong.

2010 Sales
August nothing.
September One book  @ $2.99
October nothing
November nothing

Price Change
What I didn't know back then was no one knew me.  No one wanted or cared to read my novel, they didn't know who I was. I lowered my books to 99 cents.  Things started to change, a little.
December I sold 4 books at .99 cents and since the change took effect this month I sold one at 2.99. I thought okay this is better I even managed to sale one in the UK.

Book Two is released
Here is where things started to break.  I was shocked right out of the gate book two Street Justice Tidal Wave  sold eight books it's first month.  Slowly sales starting rising also on book one, but I still left it at 99 cents.  I don't know why book two did this.  I don't know why it still out sales book one.  Maybe folks like the cover better, maybe the blurb is better, but I did learn to have patientce and give it time.  I don't do a lot of marketing either.  Sales are what they are because one book sales the other. 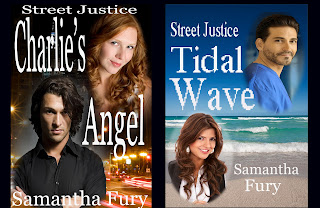 Book Three Coming Soon
I really can't wait to see what book three does.  It amazed me how much having a second book out there helped.  If you only have one book out there, don't waste your time trying to market it, or push it.  Work on book two, get book two out there, and maybe even book three.

Five Book Plan
I personally don't plan on doing any heavy or real marketing until I have five books out. Then you may see my name in the paper or on the local news station.  I want people to have some choices out there before I try to really become known.  I don't want them to think I'm a one book wonder.  As long as the good Lord allows me to stay on this earth, I'm here to stay and here to write.

I know it's been a while since I blogged and I'm sorry but I've been so busy.  I've been working on book three, and my new covers.  I am not finished but I thought I would let you see what I've been up to.

Street Justice Series
I think that it's time for a face lift for my Street Justice series. I love this series and thank God that he gave me Angel and Charlie and all of these wonderful people that live in this in this ongoing series.  I just love the first Angel, but since he's not modeling anymore, I'm going to change models.  I don't think the models that we place on the covers usually suit most readers, but I like to find the best image I can for the front cover and the book trailers.

Angel Morganson
I searched through thousands of images and I've finally settled on Jimmy Thomas for the new model that will portray Angel Morganson.  He's handsome, he's fit, and he has a gun. :)  I don't know how many covers he'll grace, but I love the new image and here is the first peak at the new cover for Charlie's Angel.  This cover will undergo a few changes before it hits the Amazon Pages.  I've not bought any of the images yet so all of the lines, circles and such will fade with time. 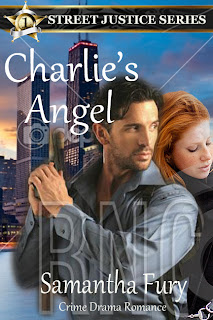 Making a cover is not an easy task, and I've always been an artist/musician, so I can't help but tackle the task of making my own covers. That said there will be some Artist that joins me on this venture to help iron out a few issues that I'm having.

The new downloads of Charlie's Angel will also contain the first five chapters of the second book in the series Tidal Wave, which is also getting a face lift.  Thanks for being patient and I'll try to blog a more often.